Since the Dust Bowl of the 1930s, the importance of soil health has not gone unnoticed by American farmers and ranchers. Yet our national policies continue to contribute to the destruction of our highly complex grasslands, releasing tons of stored carbon each year. Moreover, growing chemical use has reduced the ability of soil to store as much water.

In May, an agro-ecologist from New Zealand, Nicole Masters, showed a crowd of 90 people how to reverse these effects and convert atmospheric carbon into highly productive soil. Masters stated that if all the farmers on the 13.6 billion acres of agricultural land worldwide increased their soil carbon by only half a percent, we could sequester all the “legacy carbon” that humans have added to the atmosphere. We could also be more resilient to drought, severe weather swings, and price fluctuations.

Northern Plains Chair Steve Charter hosted the seminar at his ranch north of Billings on the edge of the Bull Mountains. He was encouraged by the message the scientist delivered. “Her message is relevant to farmers, ranchers, gardeners, and anyone that cares about climate change,” he said. “These innovative grazing and farming methods can build soil at a rate we previously thought was impossible. Changing how we treat the soil will mean doing things differently, but the payback is significant.”

Masters showed the layers of soil and microbial activity in a deep cross-section cut into the ground. She was also able to point to water absorption versus seepage in different layers. The topsoil, full of roots, used to be several feet thick but, over time, we have lost much of that layer where plants grow so well.

Some of Masters’ tools to improve soil health include “compost teas,” intensive grazing, and cover crop cocktails that can be used on operations of any scale to stimulate plant growth and the life of beneficial microbial organisms in the soil.

“This new understanding of carbon capture does not mean that we don’t need to stop putting more carbon into the air,” said Charter, whose land has been threatened by coal development for decades. “We need to slow this process down as much as possible while we slowly build our soils and store the excess carbon deep beneath our feet. That takes time.” Masters discussed carbon capture, but also touched on the economic benefits of good soil. She estimates that increasing your soil carbon by 1 percent would result in increased nutrient retention equal to adding $245 in fertilizer per acre, and additional water retention of 15,600 gallons per acre.

“Pulling this excess carbon into the soil will not only restore our atmosphere but give us the great benefit of healthy soil,” Masters said. “That means soil with better water absorption and retention, greater productivity without expensive and harmful inputs, and more healthful food.” 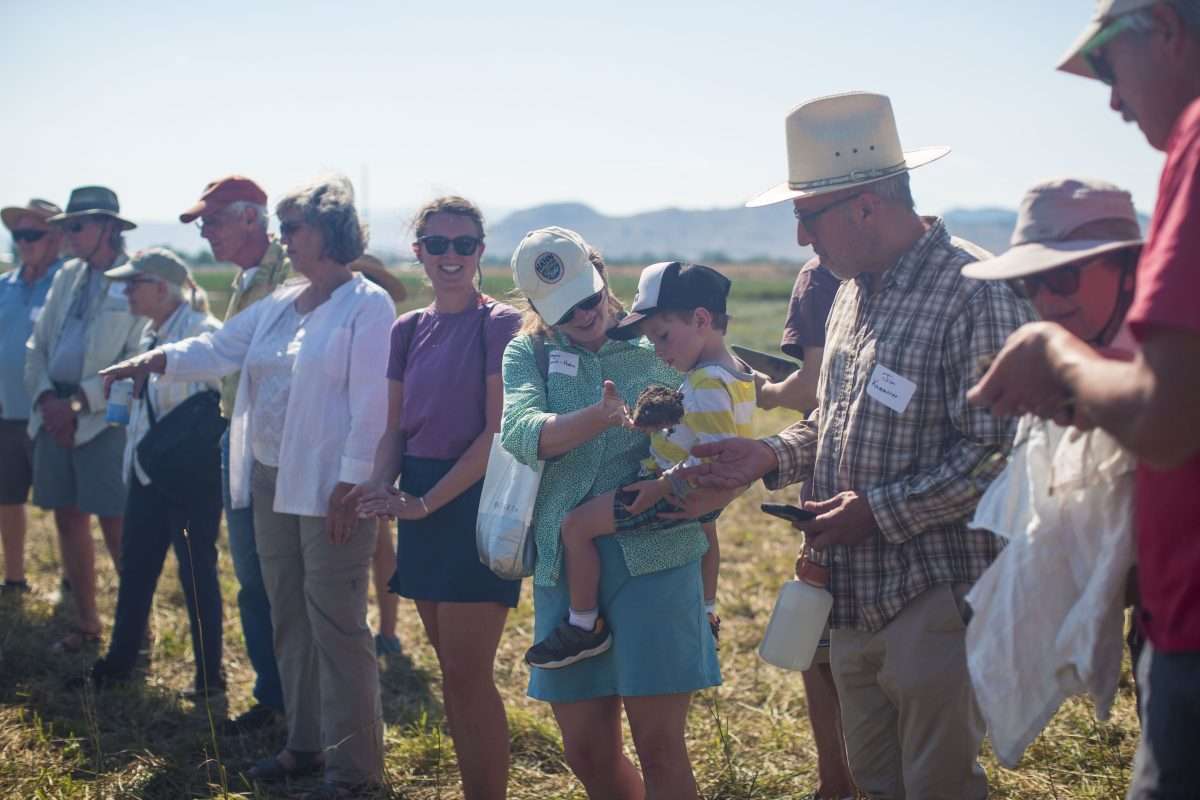 SJ 9 is a joint resolution introduced at the 2023 Montana Legislature that would designate the first week of April as “Montana Soil Health Week” and the Wednesday of that week as “Montana Soil Health Day”. The resolution intends to raise awareness of the importance of soil health, celebrate Montana’s agricultural producers, uplift Montana’s culture and legacy as an agricultural state, and promote the stewardship of Montana’s soils. 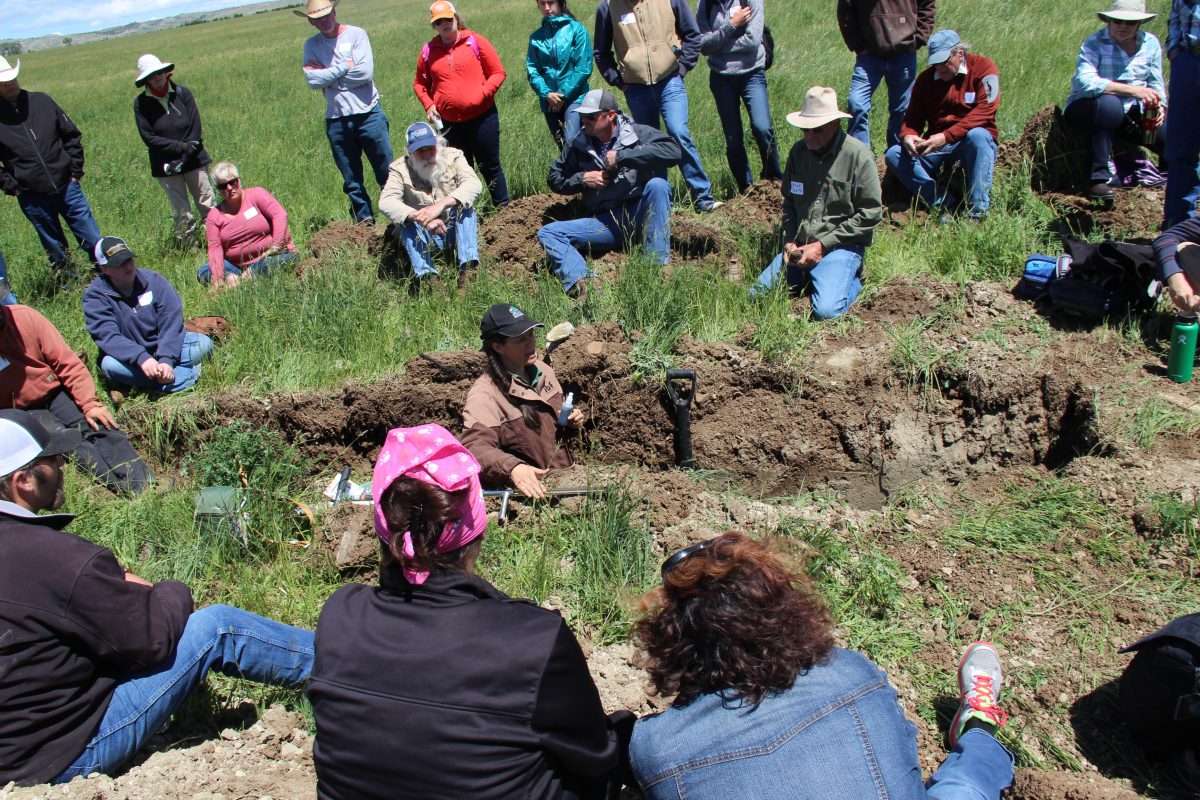 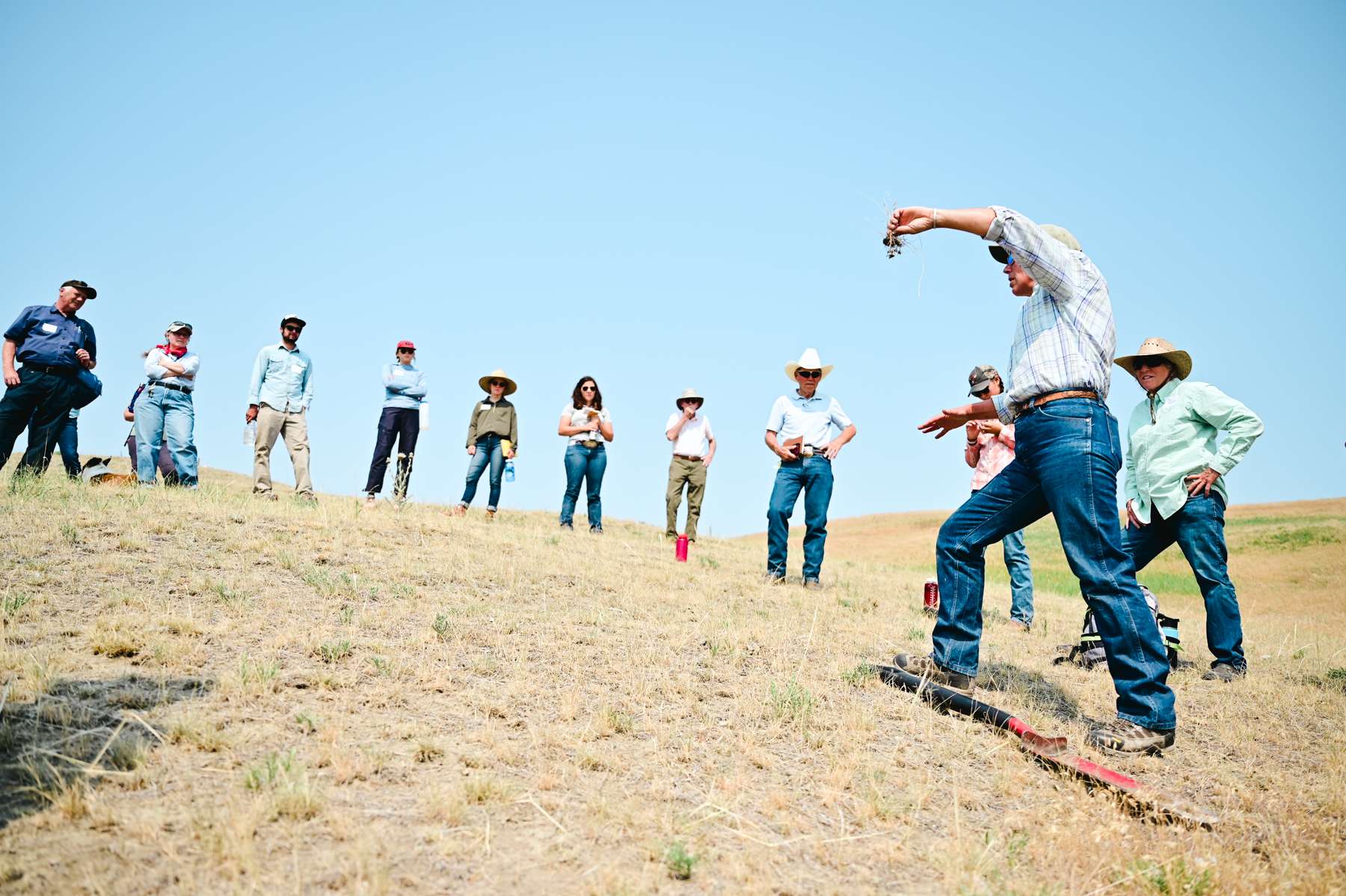