The Story of the Good Neighbor Agreement 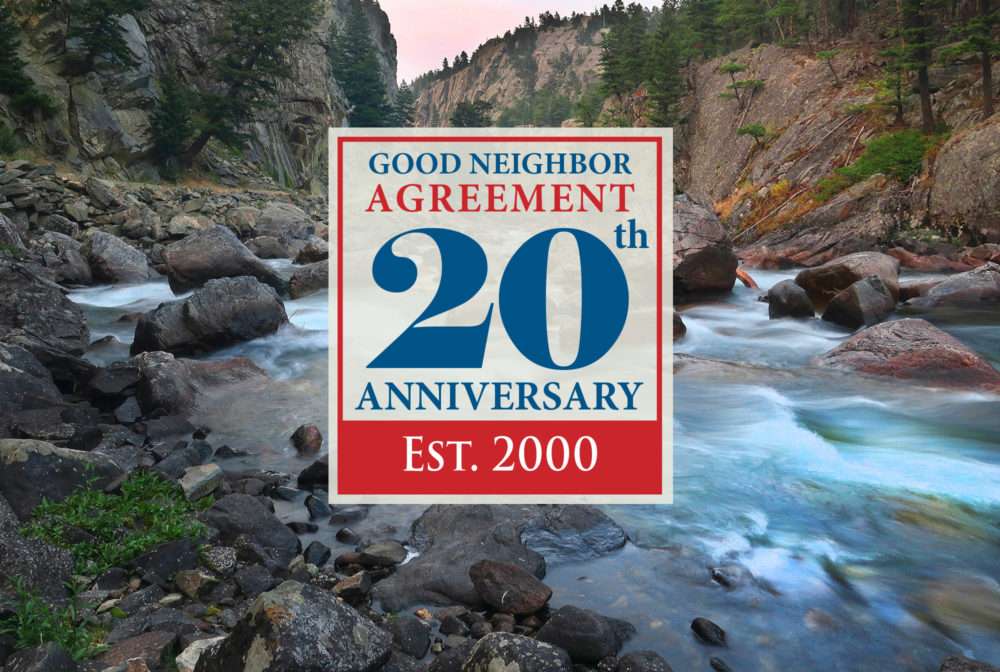 May 8, 2020 marked the 20th Anniversary of the Good Neighbor Agreement! The GNA is a legally binding contract between the Sibanye-Stillwater Mining Company and our local community groups (Stillwater Protective Association, Cottonwood Resource Council, and Northern Plains Resource Council.)

To celebrate this milestone, we created a short history documenting how the GNA came to be and where we are today. This history proves that everyday people – through grit, organizing, and perseverance – can maintain a seat at the table with a powerful industry.  Here’s how it all started:

Back in the 1980s, the Stillwater Mine began operating in rural Montana. In the early 90s, the mine owners were looking to expand operations at the Stillwater Mine, while also seeking a permit for an entirely new mine – the East Boulder Mine – in Sweet Grass County. Northern Plains affiliates in both areas, Stillwater Protective Association and the newly formed Cottonwood Resource Council, were right there, working to make sure that both mines were done right. 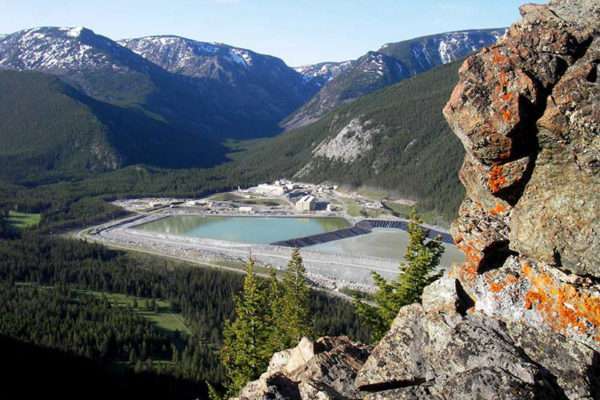 The East Boulder Mine in Sweet Grass County

In 1992, Northern Plains and Cottonwood Resource Council sued the Montana State Board of Health and Environmental Services. The Board had issued an exemption to the proposed mine for its new permit, giving them the green light to disregard a key provision of the Montana Water Quality Act. If left unchallenged, this exemption would have allowed the mine to degrade our rivers right out of the gate!

Like most litigation, this went on for years. While the case was still working its way through the courts, the Montana Legislature convened for its 1995 session. This would prove unfortunate for our lawsuit because the Legislature weakened Montana’s Water Quality Act. They diminished the aspect of the water quality standards our lawsuit was based upon, and the lawsuit was dismissed without prejudice – meaning we could bring another lawsuit, but we would have to start from scratch. Needless to say, we were disappointed.

Then in late 1998 and early 1999, the Montana Department of Environmental Quality (DEQ) hit us with a one-two punch. They approved the expansion of the Stillwater Mine and issued a draft permit for the East Boulder Mine within a couple of months. Stillwater Protective Association immediately filed suit based on our bedrock Montana environmental protections. And Cottonwood Resource Council was also looking down the barrel of another long legal fight.

It was time to decide what to do next. Do we continue with lawsuits and let the courts decide our fate? Or might there be a better way…? 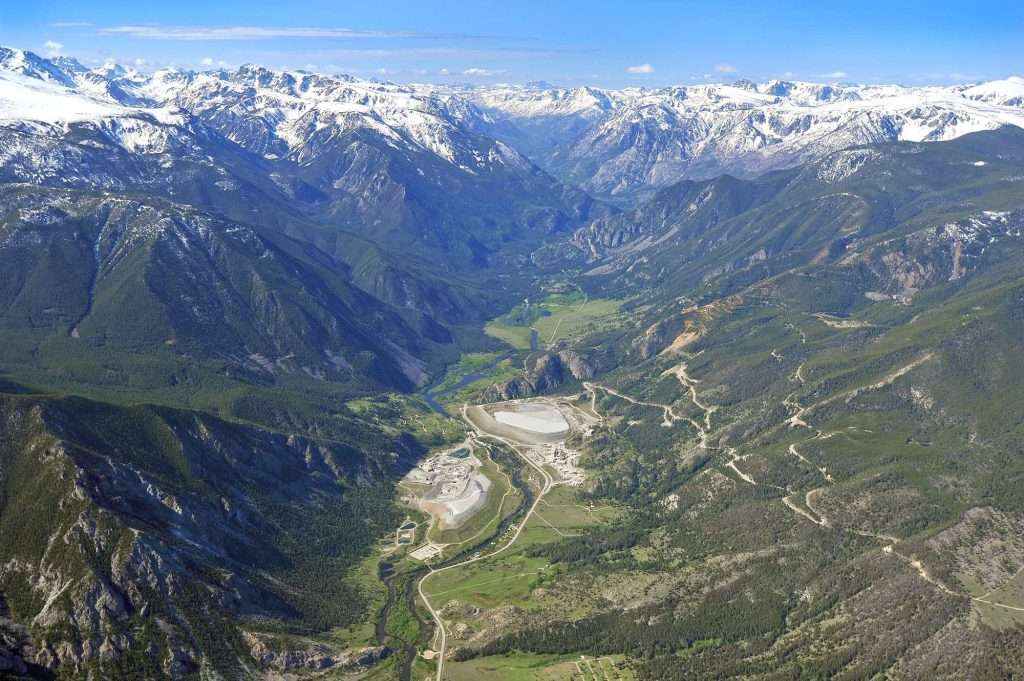 Chapter 2 – An Idea Is Born

At the end of our last chapter, we were at a crossroads. What next? Do we move forward battling it out in court? Or do we try to do something different – something that gives us more power to determine what happens in our communities?

After some investigation, a small group of Stillwater Protective Association and Cottonwood Resource Council members, and Northern Plains staff, were invited to the home of members Paul and Elli Hawks to discuss this exact question.

Sitting around the kitchen table, the group spent hours discussing what protections were most important and how to ensure we could get them. Before the meeting, we had heard of a group outside of Montana putting pressure on a local refinery to enter into a community agreement to reduce pollution. The idea of a “good neighbor” agreement was definitely on the table. If this worked, we realized we could have a direct say in how the mine’s operations affected our communities, a true seat at the table.

Could we come up with something that worked for the community and the mine? We decided to give this a try.

The group decided to send a letter to the mine – as neighbors instead of legal adversaries – inviting them to sit down and talk through our differences. From the beginning, we strategically referred to this endeavor as the Good Neighbor Agreement – what industry could admit that they didn’t want to be a good neighbor? After all, Northern Plains was built on the western tradition of “neighboring,” reaching across fence-lines to help each other in times of need.

We knew this idea was a long shot and, frankly, we weren’t expecting a response anytime soon, but thought it was worth a try. So we waited. Much to our surprise, the mine responded within two weeks saying, yes, they would sit down with us.

Whoa, that was faster than we thought! We knew we had better get our plan together, and do so fast. How does a group of community organizers prepare for negotiations with a big, industrial mining company? We were about to find out…

At the end of our last chapter, we had just heard back from the mine and they were ready to talk.

Going in to the negotiations, we felt confident. After all, our side had lived and worked in these valleys for decades, bringing diverse backgrounds and a wealth of local knowledge to the table.

But, as is still true today when we sit down with the mine, we knew we had to prep, prep, and prep some more. Step 1: figure out how to negotiate!

With that in mind, we raised some money and flew in Jim Thomas, an expert who had helped negotiate nuclear disarmament agreements, to give us a crash course on negotiations.

After our negotiation training, we made a list of all of the potential issues and put them into two columns: one with points where we can agree with the mine, and one with outstanding issues.

So, we had our list, and we were ready to sit down with the mine (spoiler alert: one column was longer than the other).

The first thing we did was establish ground rules. There were only two. 1) The people in the room needed to have the authority to make decisions on behalf of their side. 2) No lawyers. The mine agreed, and we got to work.

In the first round of negotiations, we stopped the process and called for a “caucus.” We asked if they might leave the room so we could have a private conversation. They seemed to realize in that moment that these local ranchers and community members had done their homework and were more formidable than expected. They were right.

As we continued over the next year, we worked through most of the issues. In one of our last negotiating sessions, the mine broke one of our ground rules – they brought in a lawyer to tinker with some language. It was clear from the beginning that this lawyer was not on board with the whole concept. Tempers flared. We walked away from the table.

We were at a stalemate after being so close. Would all of this hard work, training, and preparation amount to nothing? Was this “Good Neighbor” idea too idealistic after all? Would we be forced to return to lawsuits to work out our differences?

Chapter 4 – This Ain’t No Handshake Deal

We left our last chapter with our side walking out of the room when negotiations fell apart.

After cooling down for a couple of days, both sides decided we were just too close to let it fall apart.  Everyone agreed to sit down again and hammer out the remaining issues. This time, we kept the lawyers out of the room – they could figure out the specific language once we resolved the issues.

The remaining concerns were the big ones and the most difficult for both sides to give up. On the East Boulder side, we wanted to require that the mine never build tailings facilities below the Forest Service boundary to protect the community’s rural lifestyle and local property values.

On the Stillwater side, the Hertzler Ranch — seven miles downstream of the mine — had been permitted for a tailings impoundment. We wanted a Hertzler mitigation plan that incorporated the best and latest technologies that would also apply to future developments.

We also wanted the terms of the Good Neighbor Agreement to be binding on all future successors of the mine projects.

In return, the mine wanted us to drop our pending lawsuit and give up the option to sue over new permits. We would, however, maintain the right to comment on pending permits and the right to sue to enforce the contract. This was no handshake deal – we worked to create a legally enforceable contract.

We didn’t want to budge, but we realized we were winning more than we were losing.

With that, we signed the Good Neighbor Agreement on May 8, 2000.

WE DID IT! A group of local residents who cared about their communities got to work and gained a seat at the table with a powerful adversary. The Good Neighbor Agreement is a testament to the power of everyday people getting organized, seeking creative solutions, and being prepared.

Little did we know at that point, the work was just beginning …

We left off our last chapter with the signing of the Good Neighbor Agreement!

After years of hard work and tough negotiations, we had ourselves a legally-binding Good Neighbor Agreement. It resulted from grit, creativity, and determination from a group of folks who cared about protecting their communities.

We created a contract with the framework to protect two pristine valleys in Montana. But, the job wasn’t done. Upholding the requirements of the GNA would prove to be even more work. 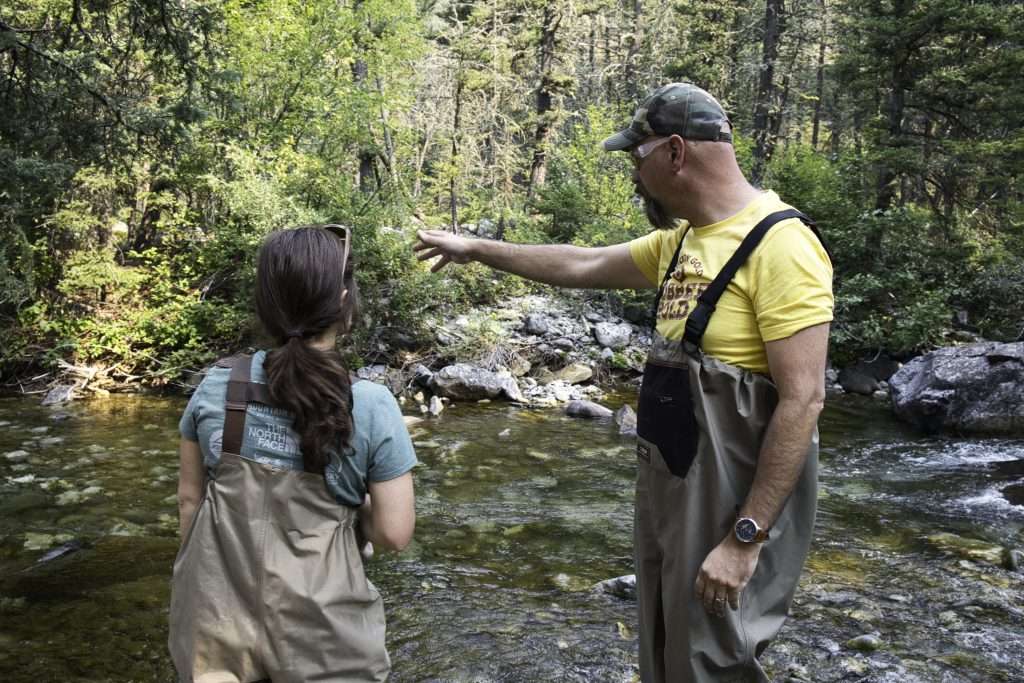 Members volunteering as part of a river monitoring project.

For the past 20 years, that’s exactly what members of Cottonwood Resource Council (CRC) and the Stillwater Protective Association (SPA) have been doing – working.

CRC and SPA members meet with mine employees at least monthly about a variety of matters. They research the issues and provide input ensuring that decisions made by the mine will protect water quality and the safety of the communities, not just today, but into the future.

Members roll up their sleeves (or pant legs), and get into the field, too. They tour and inspect the mines and related facilities. They hop into our rivers collecting water samples. They monitor fish populations and other biological health. Members do whatever it takes to ensure the Agreement is upheld and our water stays clean.

Beyond the number of hours and physical work, keeping this thing up isn’t always easy for other reasons. Just like in the original negotiations, we don’t always see eye-to-eye with the mine. But we have, so far, always found a way to work it out.

We continue to work together as neighbors two decades later, even as our Task Force members and mining neighbors have changed a bit over the years. The GNA has sustained through four different mine owners, and we have had many dedicated members pass through the task force. The GNA remains strong to this day, and continues to become more protective of our water and communities.

We recently expanded the Agreement beyond the original surface water protections. Those protections now extend to groundwater and include some new monitoring parameters. They also require the mine to take action at the earliest signs of water quality changes.

To wrap this whole thing up, here’s the bottom line: The Good Neighbor Agreement expresses the highest ideals of what community organizing is all about – everyday people standing up to have a say in the decisions that affect our land, water, and communities.

We want to thank EVERYONE who has played a part in creating and sustaining the GNA over the years.

So, let’s make another toast to 20 years of the Good Neighbor Agreement and the continued protection of our clean water and rural quality of life! Long live the GNA!

Members during a mine tour and inspection.